World’s former light-welterweight champion, Amir Khan, made quite a statement about his comeback plans when he stopped Phil Lo Greco in the first round. Despite being out of the ring for two years, Amir knocked down Greco with great ease, ending the fight in less than a minute. 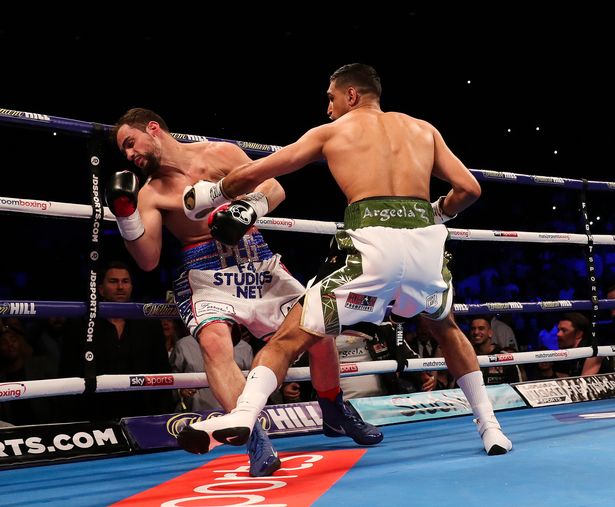 Khan’s been a steady favourite of best betting apps in the UK. However, no one expected the boxer to win his comeback fight so quickly. Khan’s left-right combination brought Lo Greco on the floor for the first time after only 15 seconds of the first round. The Italian Sensation managed to get back on his feet before the end of the 10 count. The Canadian wasn’t on his feet for too long though.

As soon as the fight continued Amir threw a shower of punches at Lo Greco. After about 20 seconds, the match referee, Victor Loughlin waved it all off. The British boxer added Saturday’s first-round knockout triumph to 31 wins, he currently holds to his name.

“I was gone for two years but guess what? I’m back with a big bang,” Khan said after the fight.

While speaking about his plans for the future, Amir Khan said that becoming a world champion once again is one of his primary goals. When it comes to his next opponent, Khan targets Kell Brook. The 31-year-old said that Brook has been living off his name for some time and that he intends to put a stop to that.

The only thing standing in the way of the Khan-Brook fight is weight. Khan is currently fighting at 147 pounds, while Brook is a 154 fighter. During an interview, Brook said he is ready to come down to 147 pounds and face Khan.

Khan had several more welterweight champions in mind for his next fight. The boxer is eager to fight the world’s former four-division champion, Adrien Broner. Thurman and Spence are also in the game. Regardless who Khan faces in his next bout, we are sure that the bout will be epic.