Today, Liverpool played their second game at the 2018 International Champions Cup. Jurgen Klopp’s men faced last season’s Premier League champions, Manchester City. Manchester City’s Leroy Sane secured a lead for his club shortly after the start of the second half. However, the Reds’ Mohamed Salah and Sadio Mane were unstoppable today. The Liverpool duo put the ball into City’s net twice to win their first game at the 2018 International Champions Cup. 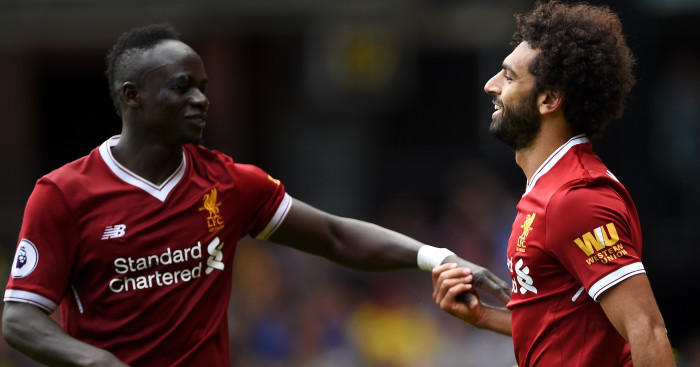 Based on the predictions of best betting sites in the UK, both teams had almost equal chances of winning. Manchester City entered the tie as the Premier League champion. The Reds, on the other hand, began the match as the club with the highest chances of taking the title away from Manchester City in the upcoming season.

The first half of the City-Liverpool game ended without goals. In the twelfth minute of the tie, Lukas Nmecha missed a chance to secure a lead for City by failing to net a 16-yard shot thanks to an excellent save from Karius. Half an hour in the game, Liverpool’s Lallana also had the opportunity to net the ball, but it went past the post. Ten minutes later, the Reds had another shot at taking the lead as Curtis Jones sent the ball over the bar.

In the second half, Liverpool continued their defensive approach with shots from Solanke and Mane. However, in the 57th minute Sane managed to get ahead of Liverpool’s defence, and score the first goal of the game.

Sixty minutes into the match, Klopp decided to bring in Mohamed Salah. After spending less than a minute on the field, Salah levelled the game at 1-1. After the goal, Salah upset City with another two shots at the target that almost ended up in the net. Liverpool’s Number 11 joined forces with Mane, and the two players created a couple of great opportunities. The duo didn’t manage to secure a lead for the Reds until the last few minutes though.

Just moments before the end of the stoppage time, City’s Tosin Adarabioyo clattered into Dominic Solanke’s back. This unnecessary move from Adarabioyo resulted in a penalty kick, which Mane converted easily. 94th minute of the game: Manchester City 1 – Liverpool 2.

The last match for Liverpool in the International Champions Cup will take place on July 28th. The Reds will play against Manchester United. Stay tuned.