A study from the University of Liverpool shows that there is no significant difference between women and men horse riders. The study was a part of the Thoroughbred Horseracing Industries MBA and lasted for 14 years.

After analysing 128,488 races, the researchers confirmed that when given the same riding conditions men and women have identical performances. The study further concluded that only 11.3% of current professional jockeys are women. Even worse, only 5.2% of available rides during the study had women riders.

This is a massive difference, especially knowing that more than 50% of stable staff are women.

This study could potentially change the future of horse racing, as now there is proof that women are equally effective. Of course, we hope that this study brings us more female jockeys on the tracks and in the UK betting apps listings.

The most encouraging thing is that the British Horseracing Authority (BHA) acknowledged this study.

Nick Rust, the chief executive of the BHA, had this to say, “This study provides further evidence towards something that many in the industry have felt for some time. We are proud that British racing is one of the few sports where men and women can compete equally. However, if female jockeys are not being given the same opportunities as the men, then this cannot be considered as equality.”

Additionally, Gemma Tutty, a professional female jockey with 600 races, reminded us of the current situation in horse racing. She said, “There are trainers who, point blank, do not use female jockeys. Before we’ve even had a ride, we’re at a disadvantage because fewer trainers are willing to use us.” 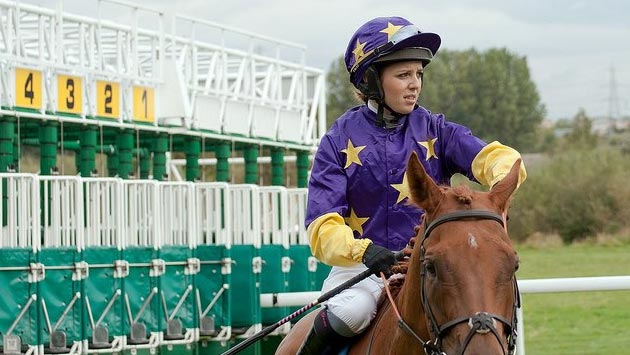 Finally, Gemma added, “I hope this helps to persuade more owners and trainers to give female jockeys a chance in the saddle.”

Will we see some changes or will trainers forget this study within a week; only time will tell. However, we hope that certain owners and trainers will realise that they were in the wrong.